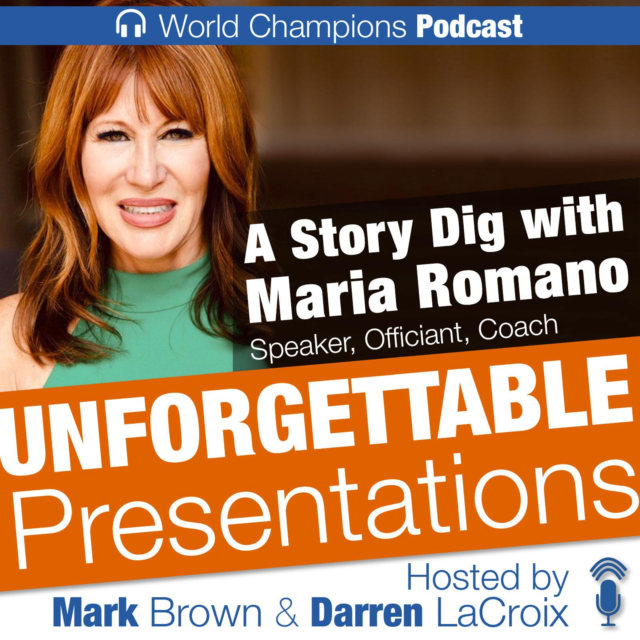 In this episode, Mark and Darren help veteran wedding officiant Maria Romano…who has performed over 3,000 wedding ceremonies…to dig for ‘gold’ in a new story, not yet told in public. They show her how eliciting emotion, depicting vivid characters, using dialogue, and uncovering meaningful ‘moments’ can elevate the impact of her presentation, and make it unforgettable!