The Eyes of The COACH 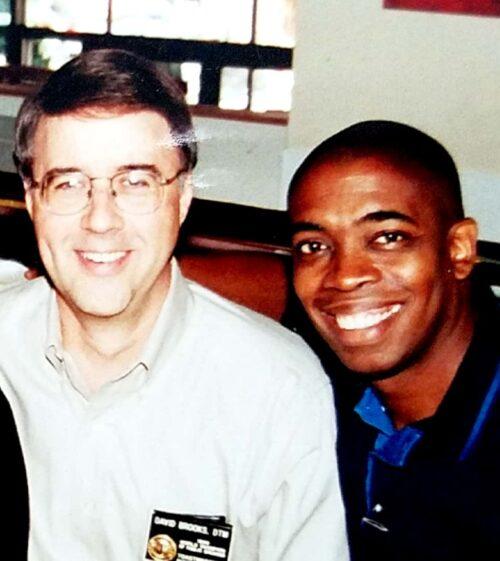 It’s that time of year again. Toastmasters the world over are entering the International Speech Contest in the hope of becoming the next World Champion of Public Speaking. No doubt many of the hopefuls are competing for the first time, uncertain about the road ahead. Believe me, I understand completely. In 1994 I entered my club contest on about two hour’s notice, as a late replacement for a contestant who had to attend a meeting. I was fortunate to win, and since I was a very new Toastmaster, and I had no idea what was in store. A few months earlier I had seen photos of previous World Champions, but in my mind there was no connection between their accomplishment and the contest that I had just won. To my utter amazement, I somehow made my way to the sixth level of competition, the 1994 World Championship of Public Speaking.

That day in August I gave it my best, but did not win a trophy. The main reason became obvious. As hard as I worked, and as good as I had become, I had been up against better, more experienced speakers. Trust me, I was not upset, hurt, frustrated or angry. My biggest challenge after the contest was that of consoling my 7-year-old son Joel who didn’t take my loss very well. We were interrupted by a man who came to offer his congratulations and encouragement. It was David Brooks, the 1990 World Champion, and I recognized his voice because I had heard it on an audio cassette (if that term is unfamiliar to you, Siri, Alexa, and Google can help! 😁) He apologized for “interrupting a tender family moment”, saying that he would be leaving shortly and didn’t want to miss his only opportunity to speak with me. He then said, “Here’s my card. If I can help in any way, just give me a call.”

The next day I called David, and he agreed to be my coach. The experience was transformational, and I quickly gained more confidence and became a much better presenter. A year on, I made my way back to the final and walked off the stage as the 1995 World Champion of Public Speaking. I had worked just as hard as I had the previous year, but David’s coaching made the difference.

Perhaps you are NOT a Toastmaster, and you’re only still reading because you found the story mildly interesting. You might be thinking, “So what? I’m never going to enter that contest! I just want to be a better presenter. How does this help ME?” Those are valid questions, and here’s my answer. COACHING COMPLEMENTS COMPETENCE. As good as you may be, coaching will make you BETTER!

With David as my coach, I shortened my learning curve, and improved very quickly. Winning the trophy was a dream come true, but more importantly, I GREW. I thought differently. I approached the art of public speaking differently. I applied the skills and techniques that I learned to speaking on different platforms. With David’s guidance I built a professional speaking career that has extended far beyond Toastmasters. David helped me to develop ‘THE EYES OF THE COACH’. Now, I offer guidance to new and emerging presenters, professional presenters, and executives on five continents.

One of my greatest joys was that of coaching Darren LaCroix on his journey to becoming the 2001 World Champion of Public Speaking. We have become great friends, and to me, he’s like a brother. Today, more than 20 years later, WE BOTH coach speakers…some of whom are NOT Toastmasters…through his Stage Time University programs and community. We both have THE EYES OF THE COACH and we know that COACHING COMPLEMENTS COMPETENCE. If you want to own any stage…and I suspect that you do…and if you need someone with ‘THE EYES OF THE COACH’, you really should GET COACHED TO SPEAK. If they serve you well…and I hope that they do…you too will develop THE EYES OF A COACH!