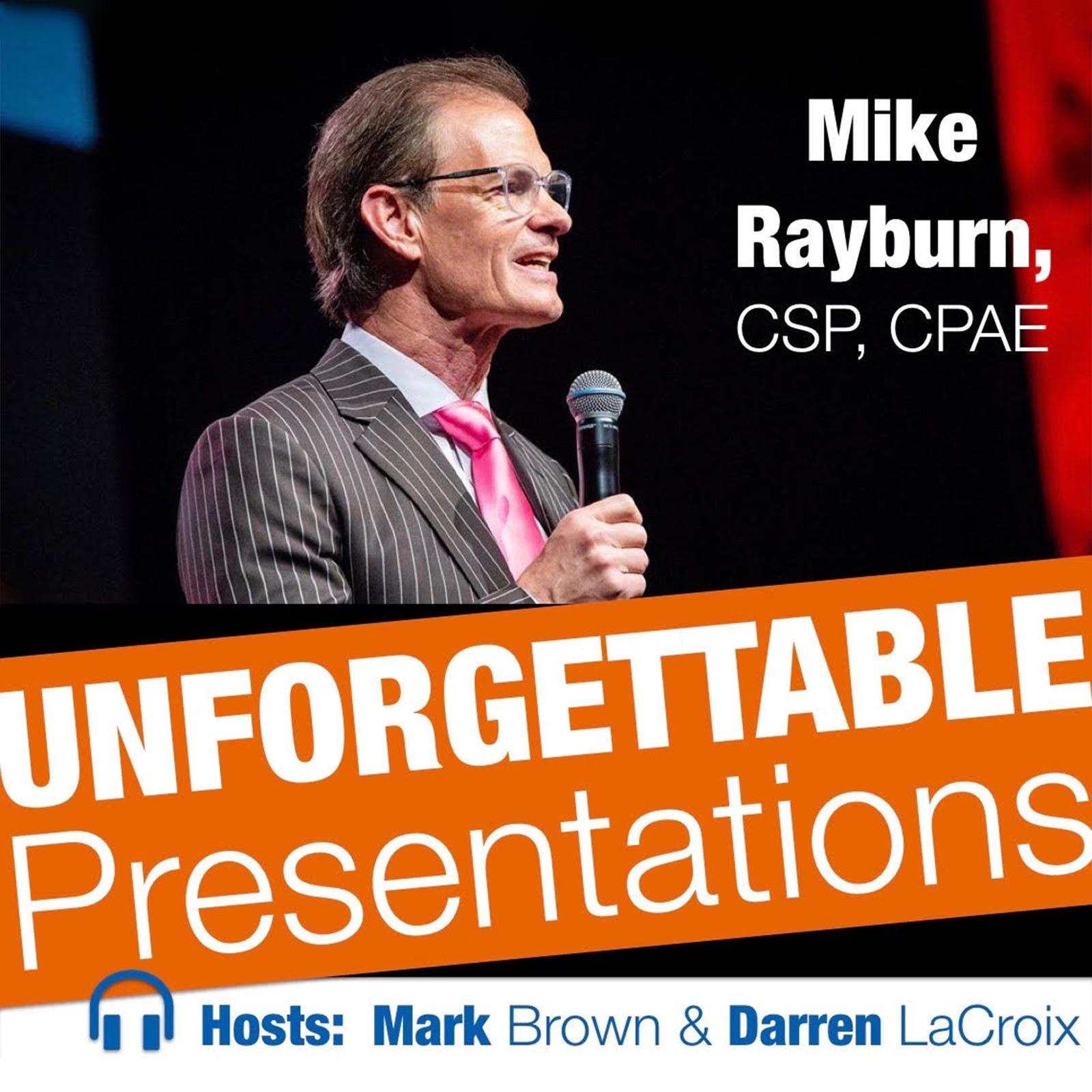 Have you ever seen a keynote speech where the audience jumped to their feet and erupted in a well-deserved standing ovation? It’s just magical and unforgettable. Well, how can you make that happen?

You start by learning from presenters who have done it.

Hall of Fame Speaker, Mike Rayburn is one of those presenters. He created and delivered a famous and unforgettable keynote experience using a hologram to illustrate his message. People are still talking about it years later. Listen in as your hosts Darren LaCroix and Mark Brown interview Mike about the stories and strategies behind that epic speech.

Who is Mike Rayburn?

Rayburn headlined his own show in Las Vegas, and performed more than 5,000 presentations in 20 countries on five continents. Rayburn is a regular on Sirius/XMand morning radio nationwide. He’s headlined Carnegie Hallmultiple times and shared the stage with The Beach Boys, Maroon 5, John Oates, and many other musical greats.

Mike uses world-class guitar and comedy to teach innovation and performance to corporations world-wide. Find out more at MikeRayburn.com