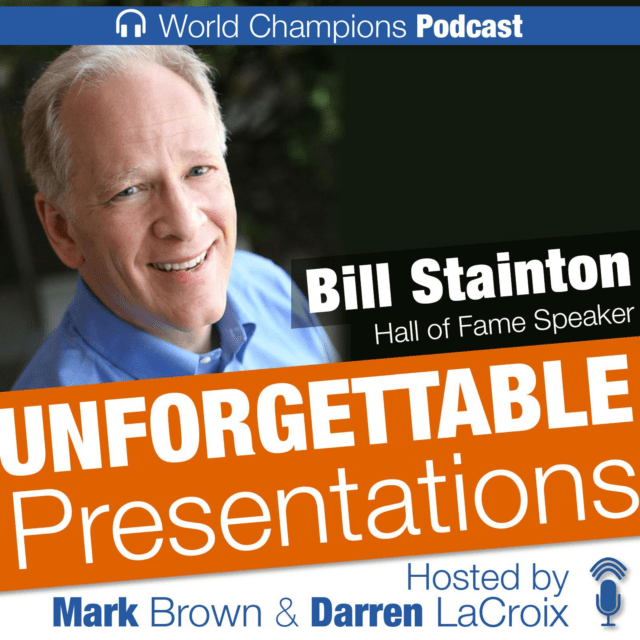 What can writing, producing, and performing a comedy television show teach us about being unforgettable presenters? 29-time Emmy Award winner and Hall Of Fame Speaker Bill Stainton provides the answers in this frank discussion with Darren and Mark. He shares the untapped power of your background, the value of giving yourself permission to fail, and how producing your speech like a television program can make you unforgettable.