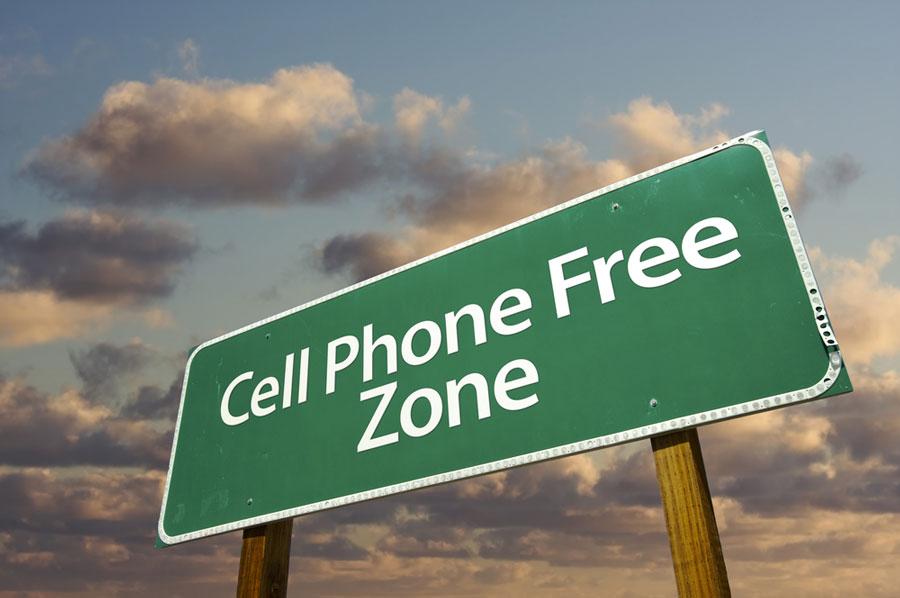 Over the past 20 years, I’ve noticed that more and more, individuals have their heads buried in their mobile devices, even while in the company of others. On one occasion, I snapped a photo of the 9 other passengers who were with me on a rental car shuttle, and they were completely unaware because they were ALL on their mobile devices. Now, I’m not saying that we should ‘ditch the device’ and talk each other’s ears off…heavens no. But it seems to me that we don’t simply TALK to EACH OTHER even remotely as much as we did before we became Lost In (cyber)Space. (If you’re 50 or older, you’ll probably get that!)

Recently, I observed a family of four at a restaurant. Perhaps this scenario is familiar. Dad is checking the latest sports score, Mom is on Facebook or Pinterest, and the teenage kids don’t even attempt to hide the fact that they have no interest in conversation. They walk in with their earbuds or headphones seemingly attached to their bodies, oblivious to what is happening around them, on Instagram or Snapchat, texting, or who knows what. Perhaps I’m being a prude, but that’s hardly a ‘family’ dinner…just 4 people at the same table for 45 minutes, each doing their own thing. My wife Andrea laments this constantly. There’s no communication. There’s no conversation.

We’ve become so connected to our devices, that some parents no longer ‘ground’ their kids as punishment; they just remove access to their electronic devices…which teens probably think is ‘cruel and unusual punishment.’ Our devices are important…no doubt. But we should not use them in lieu of face to face verbal communication. Some companies are taking an interesting approach to the problem. During corporate events, conferences and training sessions, management insists that phones be powered OFF and accessed only during program breaks. Not only that, but they require that employees SURRENDER their devices at the start of the meeting. During a training program I conducted in Ukraine, employees had to drop their mobile devices into a large fishbowl at the start of the event, and could only retrieve them at lunch, during breaks, and at the end of the day! 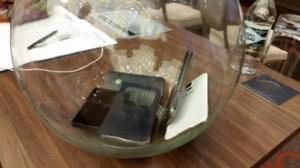 Similarly, when I delivered a keynote in Dallas recently, I noticed a table that was the designated ‘mobile device repository.’ Same retrieval rules. Consequently, they were fully engaged in the meeting, the group discussions, and with the speakers. They were fully PRESENT. 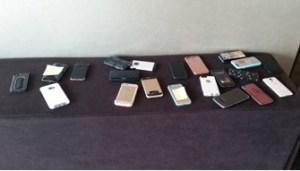 I’ve had to check myself and adjust my behavior…thanks in part to Andrea…so I’ll leave my phone in the car when I eat out. Isn’t spending quality time together the reason why we go out in the first place? Amidst all the technological advances that we enjoy, it’s time to put the devices away and be present.

Conversation. What a concept. Can we TALK?