THE UTMOST FOR THE HIGHEST 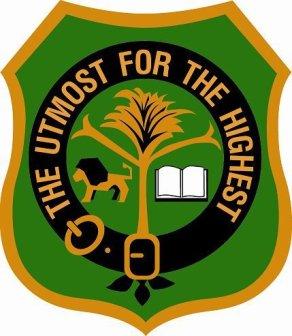 Each year, during the week before Easter, thousands of high school athletes compete in the Inter-Secondary Schools Sports Association (ISSA) Grace Kennedy Boys and Girls Championships (better known as Champs) in my hometown of Kingston, Jamaica. ‘Champs’ is the biggest track and field event involving high school students anywhere in the world, and the event has been in existence for more than a century. The first meet was held in 1910.Today, college coaches from across the globe attend, and several athletes receive college scholarships…at times on the track, DURING THE MEET. For many of these student-athletes, ‘Champs’ is the first of two major events. The second is the PENN RELAYS in Pennsylvania, USA, and Jamaican students frequently outclass their opponents in all the sprint events.

I attended Calabar High School in Kingston during the 1970s, and I remember sitting in the Headmaster’s office during my entrance interview in 1972. At the tender age of 11 years and two weeks, I was in awe. (In Jamaica, high school begins in the 7th grade.) Also vivid in my memory was the large, circular wooden trophy behind the Headmaster’s desk…a symbol of our athletic success at the Penn Relays.

The Calabar Lions have been an indomitable force at ‘Champs’ for decades. I was there in 1975 when we broke the 14-year winning streak of our arch-rivals Kingston College. (Many Jamaican high schools are called ‘colleges’). Since 2012, we have been unbeaten with our streak currently sitting at seven, and we consistently showcase some of the best young male athletes on the planet. We currently hold the High School Boys 4x400m WORLD RECORD of [3:05:04]!

Just this weekend, we again displayed our dominance at the Penn Relays. The Calabar Lions won the 4x100m in the second fastest recorded time for that event. We also won the 4x400m and 4x800m events, with new meet records in both. 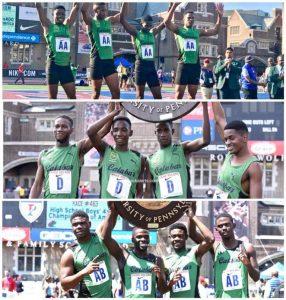 Let’s commit to being excellent human beings. We may never win a large, circular wooden trophy, or a trophy of any kind. However, we will continue to be better.

The Calabar High School motto is ‘THE UTMOST FOR THE HIGHEST’. Let’s all pursue THAT. We will continually be better tomorrow than we are today…and that would be…EXCELLENT!