The Power of Contrast 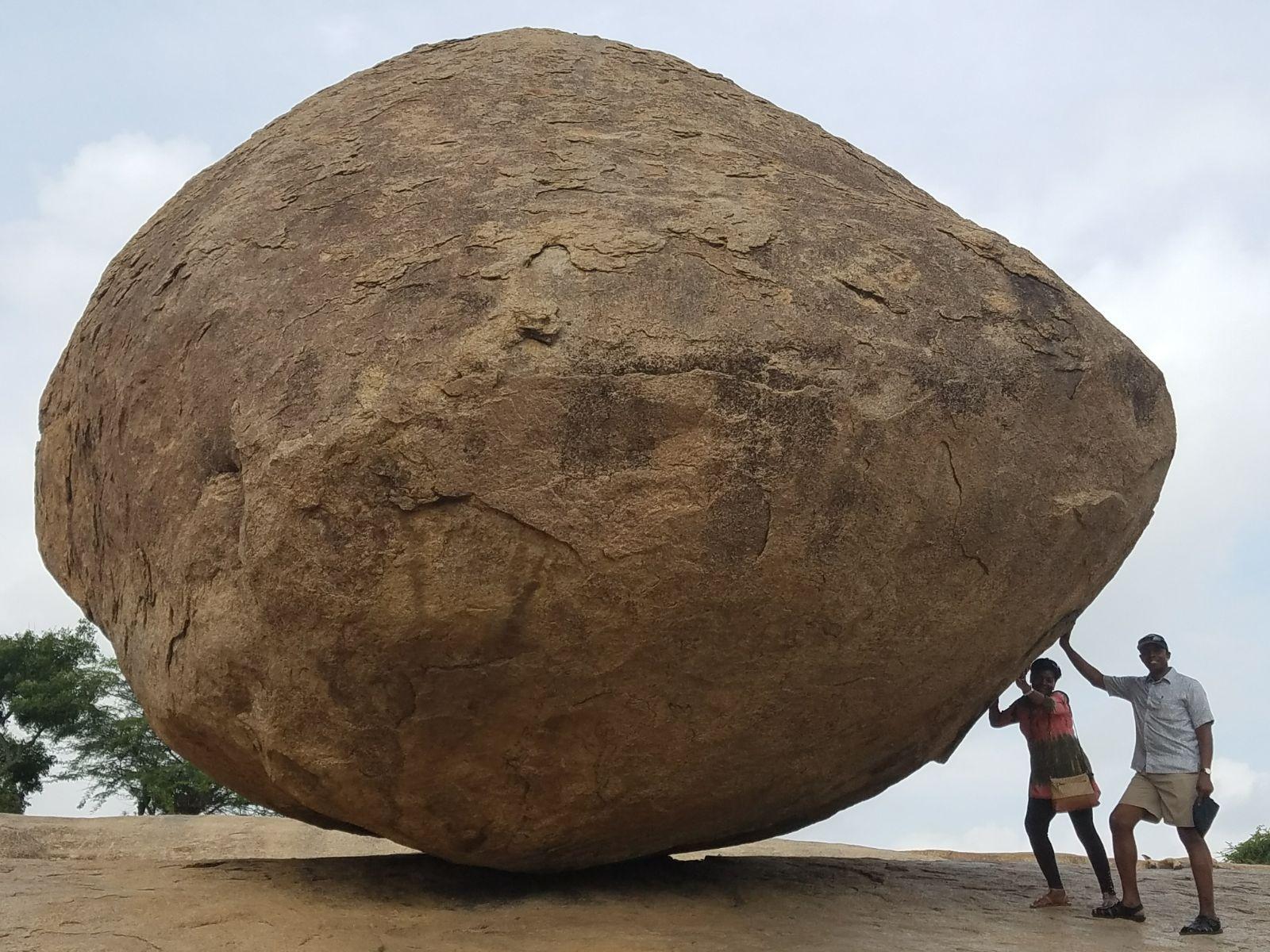 On a visit to India a few years ago, my wife Andrea and I saw Krishna’s Butterball in Mahabalipuram, India. I could describe it as a large rock, and you could probably visualize it. However, if I were to say that Krishna’s Butterball is an IMMENSE chunk of rock, so massive that we were dwarfed by it and felt like a pair of ants struggling to carry a large crouton, you might visualize something completely different. You would more clearly see the contrast between the IMMENSE rock and the DWARFED humans.

That is the power of CONTRAST. Contrast is a powerful storytelling tool. When used properly, contrast can magnify the disparity between characters, situations, environments, circumstances, and more. CONTRAST CREATES CLARITY.

Consider for example, the proverbial ‘rags-to-riches’ story. This type of story is appealing because we see where the main character or hero started…in abject poverty, and where they end up…’filthy rich’. That contrast is powerful. If the character starts out in an upper middle class environment, and then increases their net worth by a few thousand dollars, there’s precious little appeal. However, the contrast between poverty and riches makes their story interesting, especially if their journey has twists and turns, ups and downs, tragedies and triumphs.

Similarly, the contrast between environments can make a scene more interesting, and give a clearer picture of the challenges that a hero may face. Here’s an example from one of my coaching clients, who tells the story of being the first female surgical resident at a hospital almost 50 years ago. She relates how, on her first day on the job, the Chief of Surgery gave her a tour of the hospital, showed her the Surgery Doctors’ Lounge, then told her that women weren’t allowed to go in. Between cases she had to sit in the Nurses’ Lounge. As an audience, we get that. However, I suggested that she paint a clearer picture showing the contrast between the two lounges. She then began to describe the plush armchairs, the hot coffee and other amenities in the Surgery Doctors’ Lounge in stark contrast to the metal folding chair in the Nurses’ Lounge. One small change, using contrast, allowed the audience to SEE the differences in the environments.

Contrasting emotions are also very effective in the most mundane settings. Think of a family holiday or vacation. Parents are all excited about the family road trip, but the surly, uncommunicative teenagers don their headphones and detach themselves from everything around them. Enthusiasm is contrasted by apathy. Terror is contrasted by nonchalance, and so on.

If you have an upcoming presentation, take another look, and see if you could use contrast for greater dramatic effect. Or look at your most recent presentation…or ANY of your presentations for that matter. And consider this: you can use contrast in relation to our five senses…what we taste, see, hear, touch, and smell…to make a stronger emotional connection to your audience, and transform your presentation into an experience. That’s the power of CONTRAST.