Speaking Success -Stories are “ABOUT You, but FOR Them!” 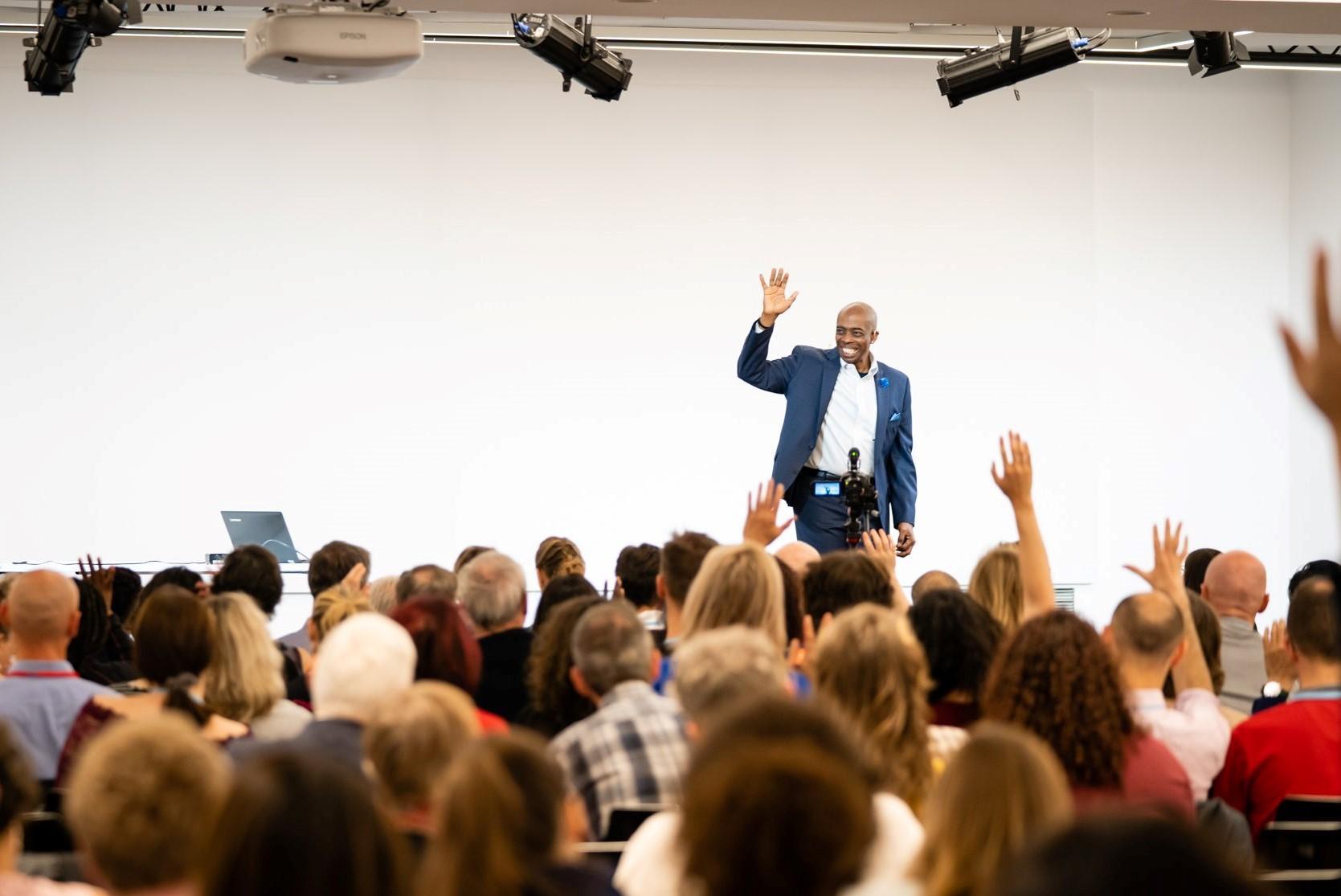 “You always say that my personal story is important, but I also hear that I need to make my message ‘audience-focused.’ That seems like a contradiction. How do I make that work?”

That’s a valid question, and one that I’ve heard from experienced and emerging speakers alike. As I always say, “Your life tells a story, and there’s someone out there who NEEDS to hear it!” The important aspect of telling your story, is the impact, the lesson, and the value for your AUDIENCE. The details of your story certainly are unique, but the key is in finding the common ground with your audience, and connecting with them on an emotional level. THE COMMON CONNECTS. You may well say, “Yeah, Mark. That SOUNDS great. But HOW do you do that?” I strongly suggest creating an atmosphere where your audience can see themselves in your situation, and in your story. In simpler terms, put YOURSELF in your own audience and ask yourself, “What does this story teach me? What can I learn from this? How will this story enrich my life? In what way does this story make me a better person?” That’s the key. Your story becomes less about the ‘WHAT’…your storytelling prowess, including your use of dialogue and introduction of intriguing characters etc. (which in itself is not a bad thing)…but more about the WHY, which is touching and changing your audience.

Now, we all have stories that we love to tell, maybe about an unusual experience, a wonderful vacation, a relationship, our career…the list is virtually endless. It’s important to always think of the value to your audience. If the apparent purpose of your story is to entertain and amuse, that’s WONDERFUL! However, it would help to STILL find a message for the audience. If your story is poignant, even painful, it’s not enough to have the audience leaving thinking, “WOW! That’s some story!” without any application to their own lives. Sure, they may feel sympathy, pity, empathy, but what will they DO with it?

Let me offer an example. I often tell the story of competing in the 1994 Toastmasters International Speech Contest and coming up short. Here’s the gist of the story. David Brooks, 1990 World Champion of Public Speaking approached me after the contest, encouraged me, and offered to be my mentor. To this day I call him The Master Mentor. With his help, I made my way tot he 1995 World Championship of Public Speaking and emerged the winner. I later found out that I was NOT the only 1994 finalist to whom he had made the offer to help. Of the 7 speakers whom he approached, I was THE ONLY ONE who said “Yes.”

Whenever I tell that story, I ALWAYS turn it back to the audience, challenging them to say “Yes” to opportunity. That story is ABOUT me saying “Yes”, but it is really FOR them to START saying “Yes”…to opportunities, to the mentors who materialize, to the knowledge available in the form of the people next to them in the audience. It’s for my audience to THINK differently, and to be more aware of opportunities that tgey have never considered before. It’s FOR them.

Here’s a way to navigate this. Practice your story. Record it on video. Replay it, but watch it AS AN AUDIENCE MEMBER. You can then better determine the impact on your audience. As I said before, the DETAILS of your story are unique, but your audience should find themselves relating to…even experiencing…the emotion, the challenge, the conflict, and the response to your story. Thus, it’s YOUR story, ABOUT you, but FOR them, and it becomes meaningful to them.

Truth be told, you have NO IDEA of the impact your simple or serious story can have on your audience. It’s very likely that after a presentation, you will hear comments like, “You were speaking directly to me!” or “I had NO IDEA anybody else felt that way!” or perhaps “It felt as if you were telling my life story!” That’s because they could relate to some element(s) of your story. That’s because you will have told YOUR story, ABOUT you, but you made it FOR THEM!