The Fear of Success? 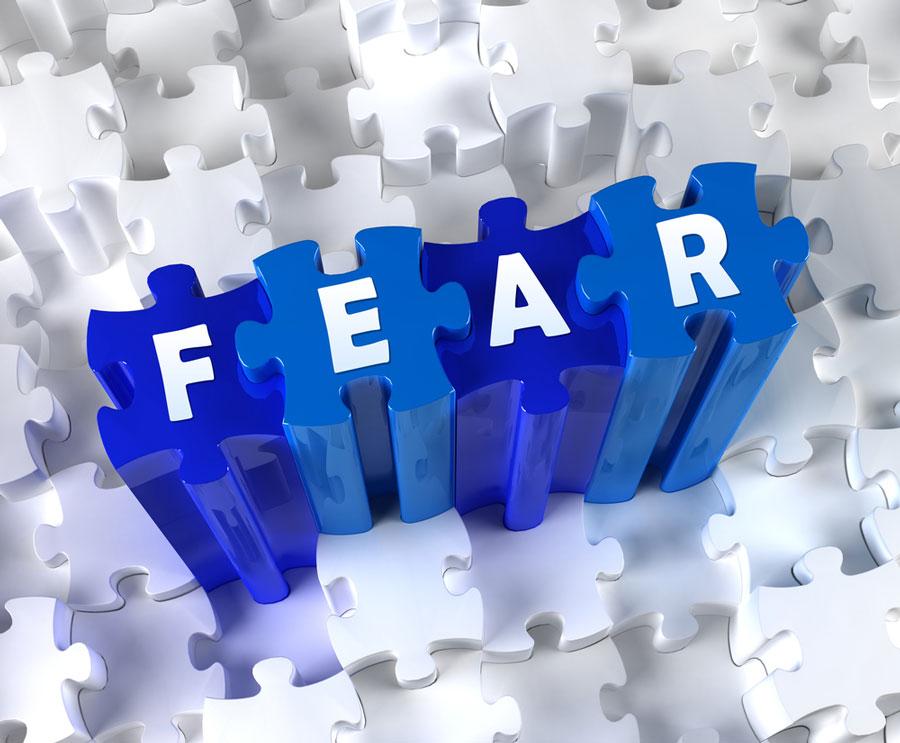 Several years ago, to celebrate our 20th wedding anniversary, I wanted to do something different for my wife Andrea. So instead of leaning on the good folks at Hallmark…which many men do…I decided to MAKE her a greeting card. Now this was 15 years ago, before the days of ‘saying it on Facebook.’ With great enthusiasm, I selected construction paper in a delicate shade of pink, searched my desktop computer files for an appropriate photograph, and got to work in secret, crafting my masterpiece. On April17, 2002, I presented her with her PERSONALIZED 20th Anniversary card. On the cover, was the photograph I had selected, along with the obligatory ‘Happy Anniversary’ in an italic font. I could tell that Andrea was impressed. Then she opened the card to read what I had meticulously typed. ‘20 REASONS WHY I WOULD MARRY YOU ALL OVER AGAIN!’ When she read the list, the look on her face was priceless. It was obvious that she not only appreciated the card…and the sentiment behind it…but she LOVED my romantic gesture and my genuine expression of love. To my joy and amazement, Andrea carried that card in her handbag for SIX MONTHS, showing it to anyone and everyone! SUCCESS! But then it hit me. The fear. The fear of SUCCESS. In the upcoming 10 months I would have to face her birthday, Christmas, and Valentine’s Day, and I was genuinely concerned! The bar had been set pretty high…by ME…and I wondered, “What NEXT?” That question would recur for years.

For our 28th Anniversary I went back to the PERSONALIZED card, and I had to be CREATIVE. This time I opted to tell her why I loved her, from A to Z. The English alphabet has only 26 letters, and I had to give 28 reasons, so I ‘doubled down’ on the letters ‘D’ an ‘S’. Besides, I wanted her to know that she is MORE than the norm. Once again, my gesture was a HIT! Then came…the fear of SUCCESS! The personalized card had worked…TWICE. But I would need something different going forward. And the question came; “How in the WORLD would I find a way to top THAT?” 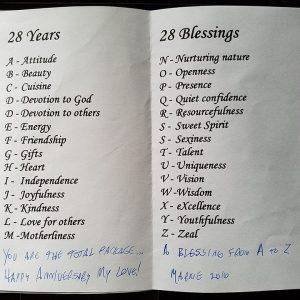 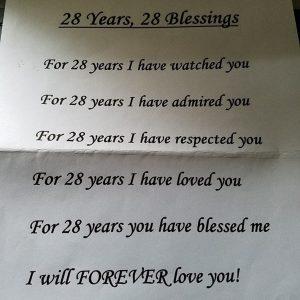 Have YOU ever experienced the fear of success? Have you wondered if you would ever repeat the sales numbers you had during an exceptional season? Or if you would get another ‘5-star’ performance appraisal at work? Or another round of perfect scores on an examination? Or if you would ever land another landmark client? How do you continue to go from good to great to exceptional…and beyond? Here is one suggestion. ASK YOURSELF KEY QUESTIONS.

I believe we all have the potential to be better tomorrow than we are today, which I why I subscribe to the philosophy that if I stop learning, I stop living. For me, I focused on CREATIVITY. So one Valentine’s Day, I took Andrea to my friend’s Italian restaurant. He had a keyboard player accompanying a lounge singer, to create the perfect ambiance. The restaurant was packed, and the wait time for additional seating was an hour. Several minutes after we arrived, I excused myself, ostensibly to go to the toilet. A minute later, Andrea heard my voice at the microphone as I declared my love for her, and then gave a rendition of ‘PORTRAIT OF MY LOVE’, the song I sang as she walked up the aisle on our wedding day. She was in total shock as the entire restaurant burst into applause. SUCCESS! The most amusing part? The woman at the table next to ours slapped her date on the arm and said, “You NEVER do that for ME!”

Do you fear success? Ask yourself the right questions, and give honest answers, and you will move from success to success.

Oh! Andrea’s birthday is coming up in a few weeks. If you have any ideas you want to share, I’ll TAKE ‘EM!