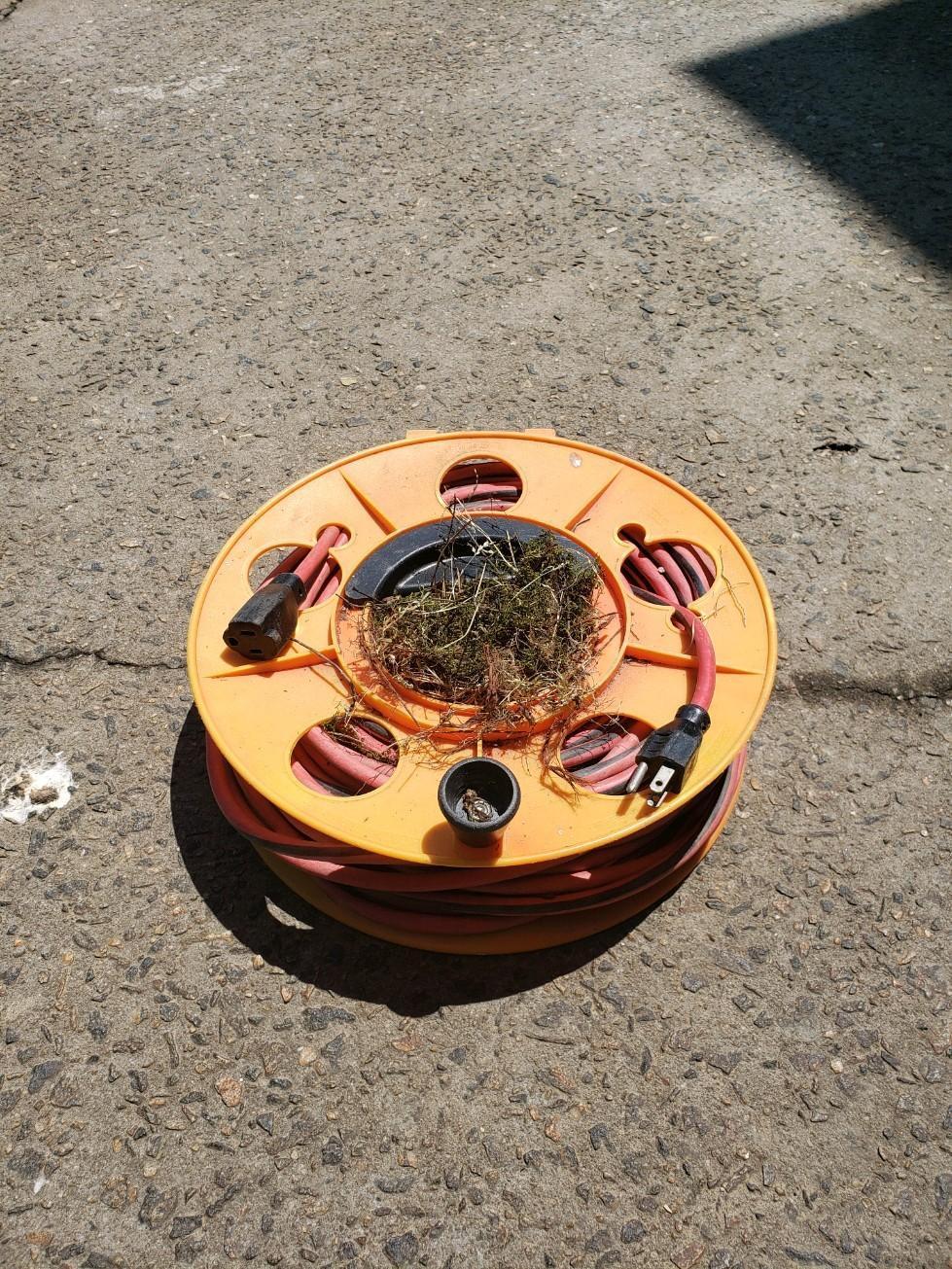 A recent Saturday provided some glorious weather. It was PERFECT for…doing yard work; at least I’m sure that’s how my wife Andrea saw it. In truth, cutting the hedges was MY idea, and it meant pulling out the extension cord reel to accommodate my electric hedge trimmer. The reel had been sitting atop a high shelf in my garage for a couple of months, unused and gathering dust…or so I thought.

Imagine my surprise when I began pulling it down, only to see thin twigs wafting down from above. Only after I retrieved it and took a look did I see the bird’s nest, constructed to fit in the center of the spool. The interesting thing to me is the fact that I live in an area where trees and woods abound. It’s not unusual for me to see squirrels, chipmunks, lizards, rabbits, turtles, deer, birds, and even the occasional armadillo, in my neighborhood. There are trees aplenty where I live, and yet a bird chose to build its nest in my garage, in an extension cord spool. Why? I suspect that the bird felt it was safe, removed from its natural habitat, and therefore not as likely to be in danger.

For that bird, an unorthodox location worked. It was unusual. It was different. It was unexpected. But it did WHATEVER WORKED. It made me realize that we sometimes NEED the unusual, the different, the unorthodox. Let’s face it; we’ve all been doing many things in the same way all our lives. Over the past several weeks I’ve received humorous memes and videos of creative ways that merchants are able conduct business. It’s common knowledge that globally, individuals and organizations have altered the ways they do business, and there are abundant social media posts about companies tele-working, having virtual meetings, etc. They are doing whatever works. 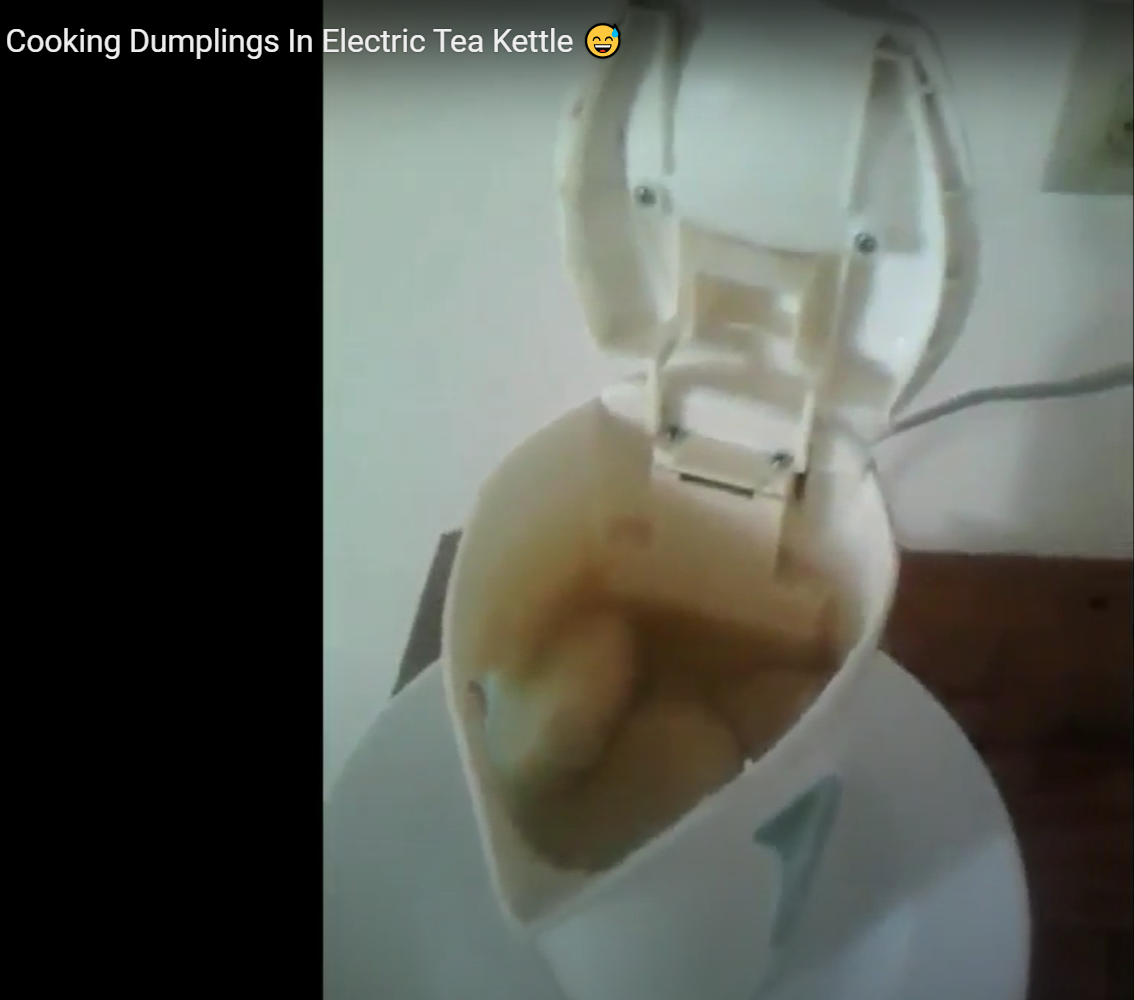 One video really tickled me, particularly because I am Jamaican. It showed a Jamaican man who wanted to boil dumplings, but he was out of natural gas. So he decided to use his ELECTRIC KETTLE to cook the dumplings, and…well…you can see for yourself. It was unusual. It was different. It was unexpected. But he used whatever WORKED. 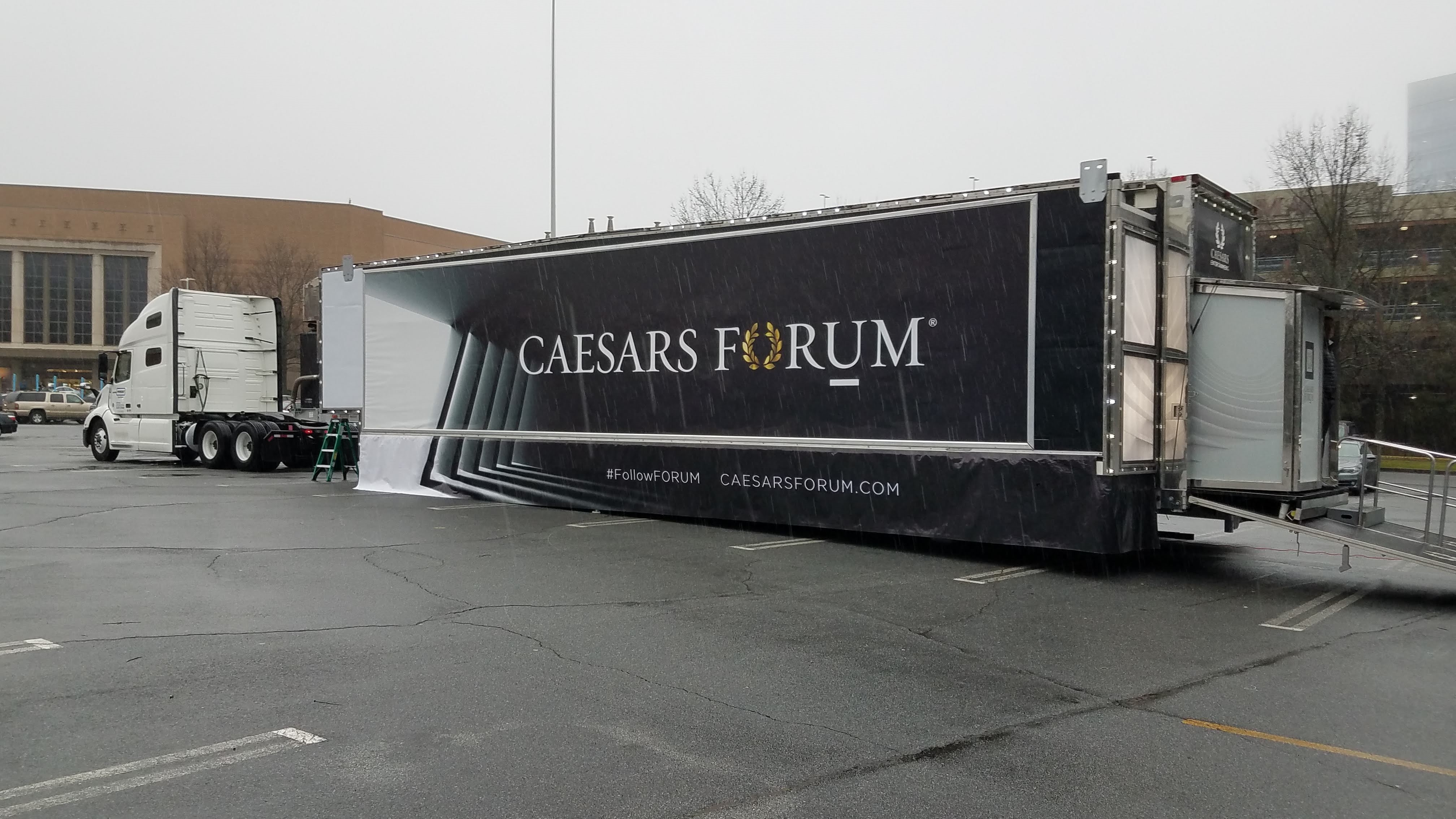 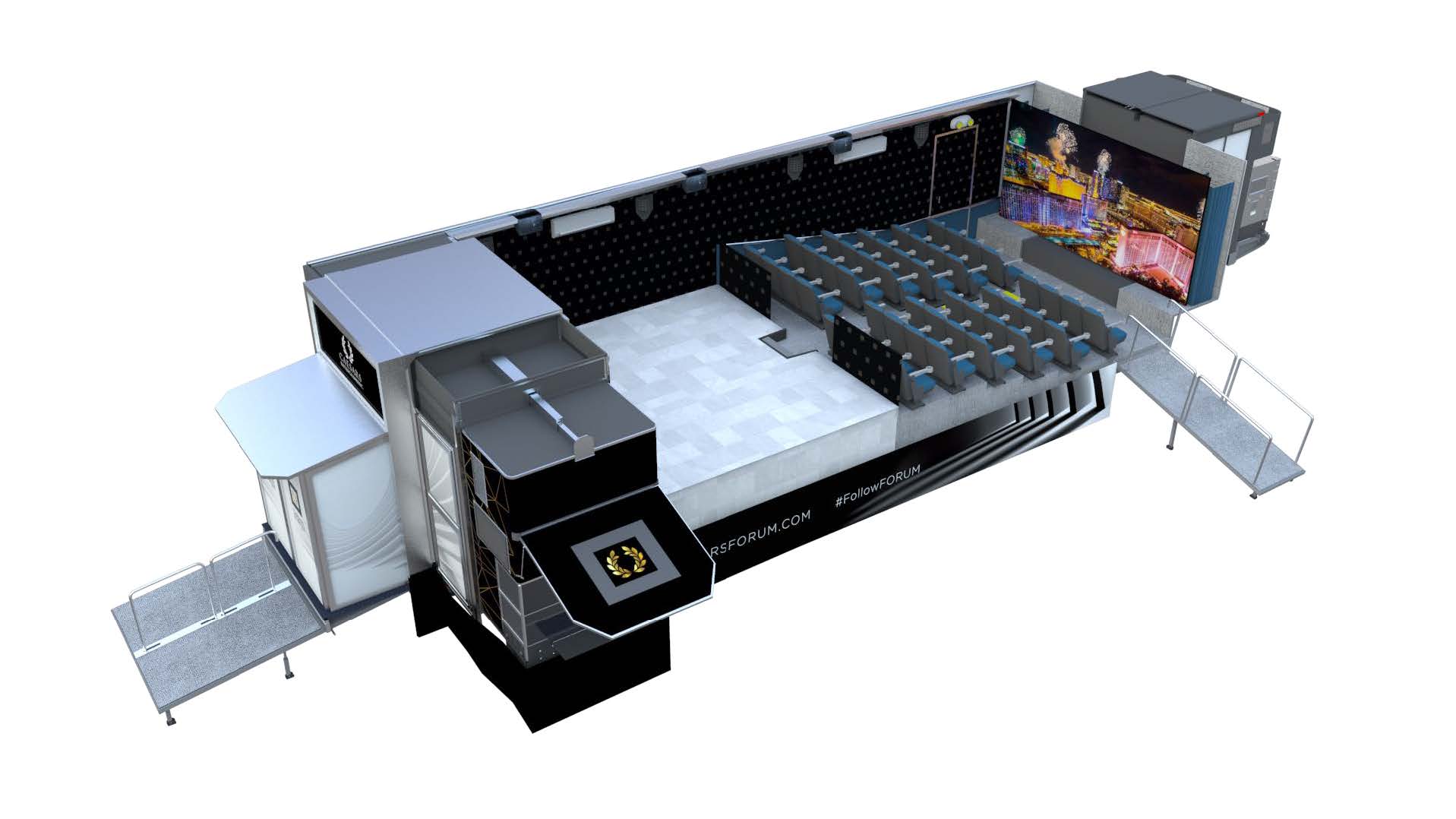 The concept of doing whatever works isn’t limited to birds and hungry Jamaicans. Earlier this year, I had the opportunity to work with Caesar’s Entertainment in Las Vegas, Nevada, USA. To promote their new conference facility CAESAR’S FORUM, they decided to create a five-week, 14-city, cross country roadshow, offering a pop-up CAESARS FORUM brand experience to preview the new facility. I was one of the speakers, and I was assigned to two cities. No doubt the idea of providing the SAME EXPERIENCE at 14 different locations was challenging. But the CAESAR’S FORUM leadership team decided to use whatever worked. Using a CINETRANSFORMER design, they used a semi truck which was converted into a mobile theater, complete with lobby, meet-and-greet area, audio and video system, movie-style seating and restrooms. It was effective. It was unusual. It was different. It was unexpected. But they used whatever WORKED.

Am I suggesting that we must all be McGyvers? (If you were born after the 1970s, you might have to look that up) No. But like the bird that chose to build its nest in my extension cord spool, you can choose to do something unusuaI, something different, something unexpected, whenever it becomes necessary.

An old Jamaican proverb says, “TUN YU HAN MEK FASHION” which means, ‘GET CREATIVE AND FIND A SOLUTION.’ If you are a speaker, you’re probably longing for the day when you can once again stand in front of an audience, on a platform or stage, and deliver the message that you have worked so hard to prepare. Until then, you have to do whatever works.

The world is finding ways to adjust to a ‘new normal’ and individuals are doing whatever works to earn income and meets the needs of their families. I have no reason to doubt that you are also having to make significant life changes; I’m not insensitive to that, because we’re all in the same boat in many ways. 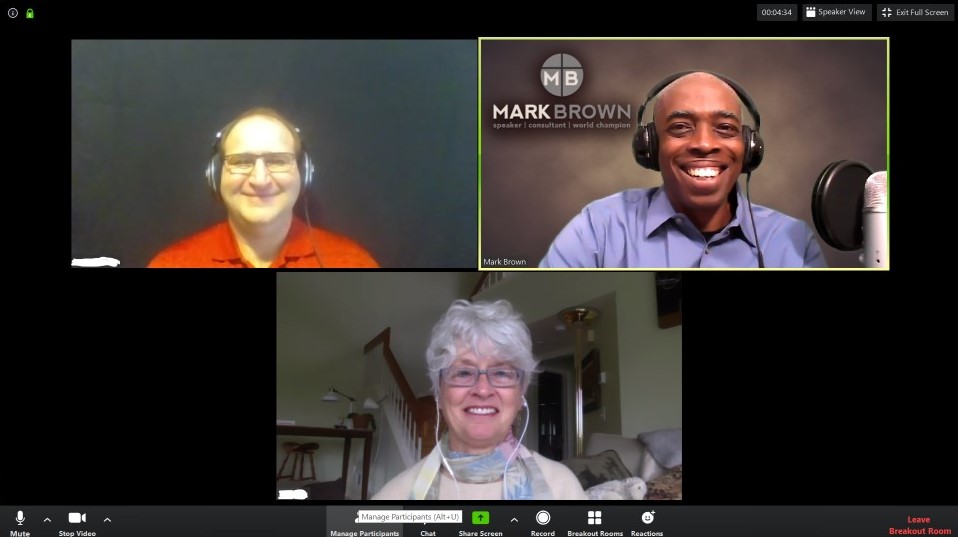 Honestly, I would LOVE to get back on the platform in countries across the globe, but for now, I’m coaching virtually, presenting webinars and workshops online, and speaking at international events and conferences using the Zoom platform. I’m using WHATEVER WORKS.

The pressure is real. The challenge is real. The  fear is real. The frustration is real. However, l believe we WILL find ways to protect and provide for ourselves and our families. My advice? Whether it’s an extension cord spool, an electric kettle, a converted semi truck, or anything else…

TUN YU HAN MEK FASHION, and USE WHATEVER WORKS!